Reflecting on successful PR campaigns from the past decade 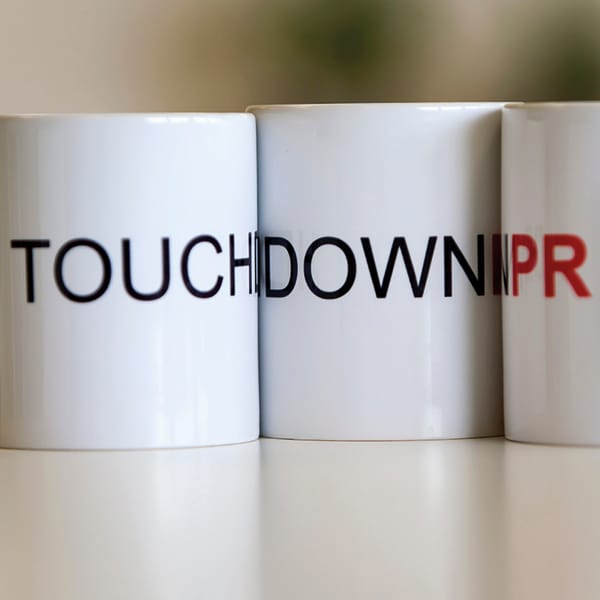 We did it! We made it to the first full week of 2021, and after all the personal and professional hardships we endured during much of last year, that is something to celebrate. If you’re like me, then this week also marks the end of a well-deserved break during the holidays, full of endless Christmas films, chocolates and rest. As we slowly transition from hours spent on the couch watching television and begin to ease our brains back into work mode, I’d like to invite you to participate in one of my annual traditions to mark the start of a new year: reflection.

Whether or not you make resolutions, the start of a new year serves as the perfect time to reflect on the highs and lows of the previous year. Professionally, I find it useful to comb through articles and lists of top PR campaigns and think about what stood out to me and why. While 2020 had a number of great PR campaigns, we’re still at the start of a new decade and I thought it would be helpful to look at some of the most successful PR campaigns from the past 10 years, many of which remain relevant today.

If you’d like to ease into productivity with a cup of coffee, some inspiration and a reminder of the good in the world, here are five popular PR campaigns that can help spark our creativity in 2021.

Turning an insult into a battle cry, feminine hygiene product company Always wanted to highlight confidence in puberty for adolescent girls. The campaign was emblematic of its time, using a video to show two different focus groups portraying what it meant to do something “like a girl.” The first group was composed of men and women of various ages and portrayed the phrase as an insult, while the second group purely made up of young women showed confidence in doing actions “like a girl.” The participants were then asked about their responses and interpretation of the phrase, leading them to wonder how and why it had turned into an insult and reframing it to project an empowering message.

Whether or not you were active on social media in 2014, it was hard to escape the virality of the ALS Ice Bucket Challenge. The formula was simple: a container full of ice water, a camera and a person mentally preparing for a few quick moments of chilly discomfort. From celebrities on talk shows to students on college campuses and families in backyards, millions of people participated and raised millions of dollars to help fund research and treatments to find a cure for amyotrophic lateral sclerosis (ALS), which is defined by Mayo Clinic as “a progressive nervous system disease that affects nerve cells in the brain and spinal cord, causing loss of muscle control.” The challenge increased annual funding for the ALS Association by 187% and seven years on, contributions are helping to advance research into curing the disease.

As the number of blood donations in the U.K. declined, a campaign was needed to help encourage new donors to register and help save lives. Thousands of organizations, buildings and iconic brands around the world participated by dropping the letters A, B and O from their logos, which sparked conversation, inspired research, drove traffic to the blood.co.uk site, and secured thousands of new blood donations. According to The Drum, the goal of the campaign was to highlight the importance of blood donations, showing people that when it comes to blood, “You won’t miss it when you give it, but patients could miss it if you don’t.”

Beginning on the shores of Australia and making its way across the globe, Coca Cola’s Share a Coke campaign helped make the brand one everyone wanted to get their hands on when they swapped their iconic logo for people’s names. The reason? Coca Cola wanted to “create a more personal relationship with consumers and inspire shared moments of happiness.” The campaign began by printing and selling bottles with common, popular names, leading scores of people to scour the ends of every grocery store and corner shop to find theirs. For those familiar with the sting of failed searches for their names among souvenir license plate keychains, Coca Cola allowed consumers to personalize and purchase bottles directly from their site and across select pop-ups.

Sport England: This Girl Can

While the start of the year can be inspiring, it also serves as a time when consumers are overwhelmed by marketing efforts from the latest fad diets and adverts to join the gym. Laden with promises to “create a new you” and frequently fronted by slim, able-bodied models and influencers, the health and wellness industry is worth trillions of dollars, but in 2015, Sport England took a radical approach to the industry by using research and determination with their This Girl Can campaign. Noticing more men than women were engaging in physical activity across the U.K., the campaign sought to encourage women of all shapes, sizes, ethnicities and socio-economic backgrounds to move in any way that fit their lifestyle, without worrying about how they looked, how well they did, how much sweat they produced or how much money they spent. Sport England wanted to close the gender gap and identified one reason fewer women were active was a result of their portrayal in the industry.Sport England sought to change that, highlighting that “there’s no right way to get active – if it gets your heart rate up, it counts.”